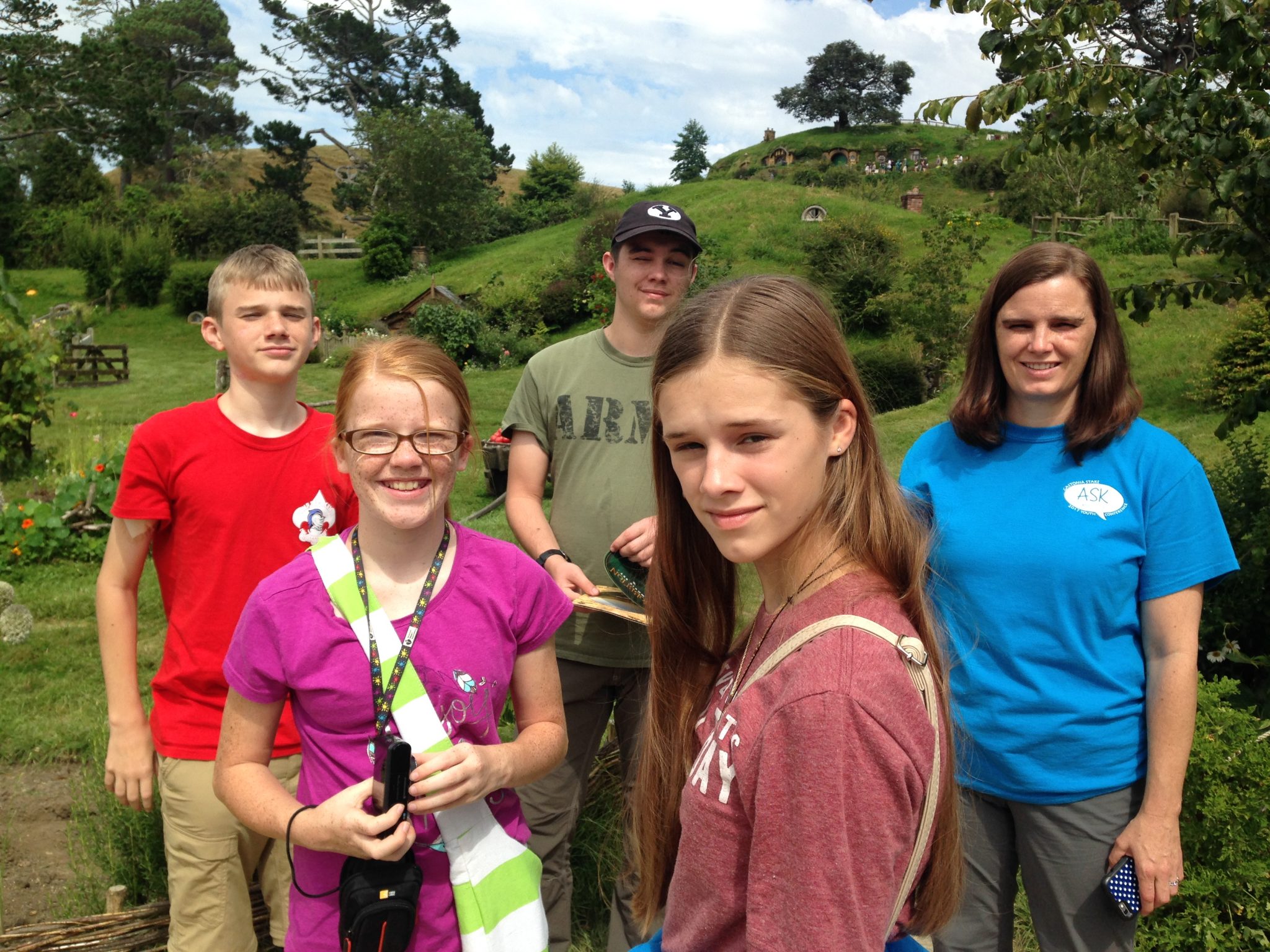 Who is the Craze family?

We are a family of six – mom, dad, three teenagers and a tweener – who call South Carolina home. We believe the slogan “Smiling Faces, Beautiful Places” found on old SC license plates still best describes our home state. Craig is a native of the Carolinas. He was born and raised in Charlotte, NC, but spent part of his childhood in São Paulo, Brazil, where his parents exposed him to international travel. Tiffany was born and raised in Eagle, Idaho, and developed a love for traveling abroad while in high school.

Our paths crossed while attending Brigham Young University in Provo, Utah. During his senior year Craig bemoaned to a mutual friend that he had not met a girl who was as interested in travel as he was. An introduction was made, and a lifetime of travel was soon begun. We flew to Malaysia for an internship a week after our marriage.

After graduating from university and working a short time in New York City, Craig and Tiffany moved to SC where he started a business. Over the next fifteen years, the startup was acquired and became part of a larger business that evolved and rapidly grew. Craig was blessed with exceptional partners that enabled SnapAV to ultimately redefine an industry. The business’s success and the opportunity to sell his ownership stake gave Craig and Tiffany a rare gift – time and financial freedom while all their children were still at home.

What are We Doing?

We are traveling around the world with the goals of strengthening our family bonds, developing an appreciation for the beauty around us, and helping our children grow spiritually, intellectually, emotionally and physically. We invested hundreds of hours over 14 months preparing for what we hope and expect to be “140 Days of Awe.”

Tiffany attended a Women’s Conference at church where a speaker referenced a New York Times article about the benefits of experiencing awe in our lives. The speaker elaborated on the topic and said that we are so busy with daily tasks that we often do not stop and look for, or enjoy, the awe moments that are all around us. As Tiffany listened she knew that she and her family were missing many of the awe moments because of our hectic, overscheduled lives.

So, Tiffany began to think about how she could train herself and our family to take time to look for and appreciate moments of awe, to look for the good and the beautiful around us, and to do so every day.

As we discussed this, we realized that everyday life in a modern, hyper-paced society makes it incredibly challenging. Work, school, sports and church all via for time. And time with family is often sacrificed the most. Technology adds to the mix of activities that consume our time. Social media and video games often consume the attention of family members even when we are sitting in the same room. As a consequence, the art of conversation is underdeveloped, and a sense of family is diminished.

We realized that a trip away from home, with very limited use of technology, could give us an opportunity to escape those distractions, strengthen our family relationships and focus on the awe in the world around us.

Hoping to get some reluctant kids excited about the trip, we asked each child what country they would like to learn about and visit. Ella picked Africa because she loves giraffes and is excited to see them in their natural habitat. Parker is interested in Japan because of its history, culture, geology, Pokémon. He also has a great interest in animals and Japan grabbed his attention when he read about its cat islands.

Naavah voted for New Zealand and Australia. Carter, who thrives on learning about WWII, voted for Europe. Tiffany served an 18-month proselyting mission for The Church of Jesus Christ of Latter-day Saints in the Philippines, so it made the list. And Israel, with its rich historical and religious significance, was a natural destination.

As Carter’s graduation from high school grew closer, we realized that the opportunity to break from our normal routines and spend time together as a family was fast slipping away. College and a two-year mission for The Church of Jesus Christ of Latter-day Saints was on the horizon for Carter. Our other children would soon follow in two-year increments.

After Craig concluded his time as CEO of SnapAV in 2015, we talked about taking a year and traveling with the children. We considered different ideas ranging from renting an RV and driving across the country to moving to a foreign country. During this time of contemplation, Craig was called to be bishop of our church congregation in Rock Hill, SC. (The Church of Jesus Christ of Latter-day Saints has a lay ministry, which means no paid clergy. This is a calling that usually lasts for five years.)

When we received this call, we put our plans on hold. Tiffany, however, could not get the idea out of her mind. She would see an article, come across a blog post, or even read a scripture that brought her mind back to the idea. She felt strongly that this was something we needed to do for our family. She talked with Craig about it and we made it a matter of prayer. The answer was yes, and so the planning process began in earnest. 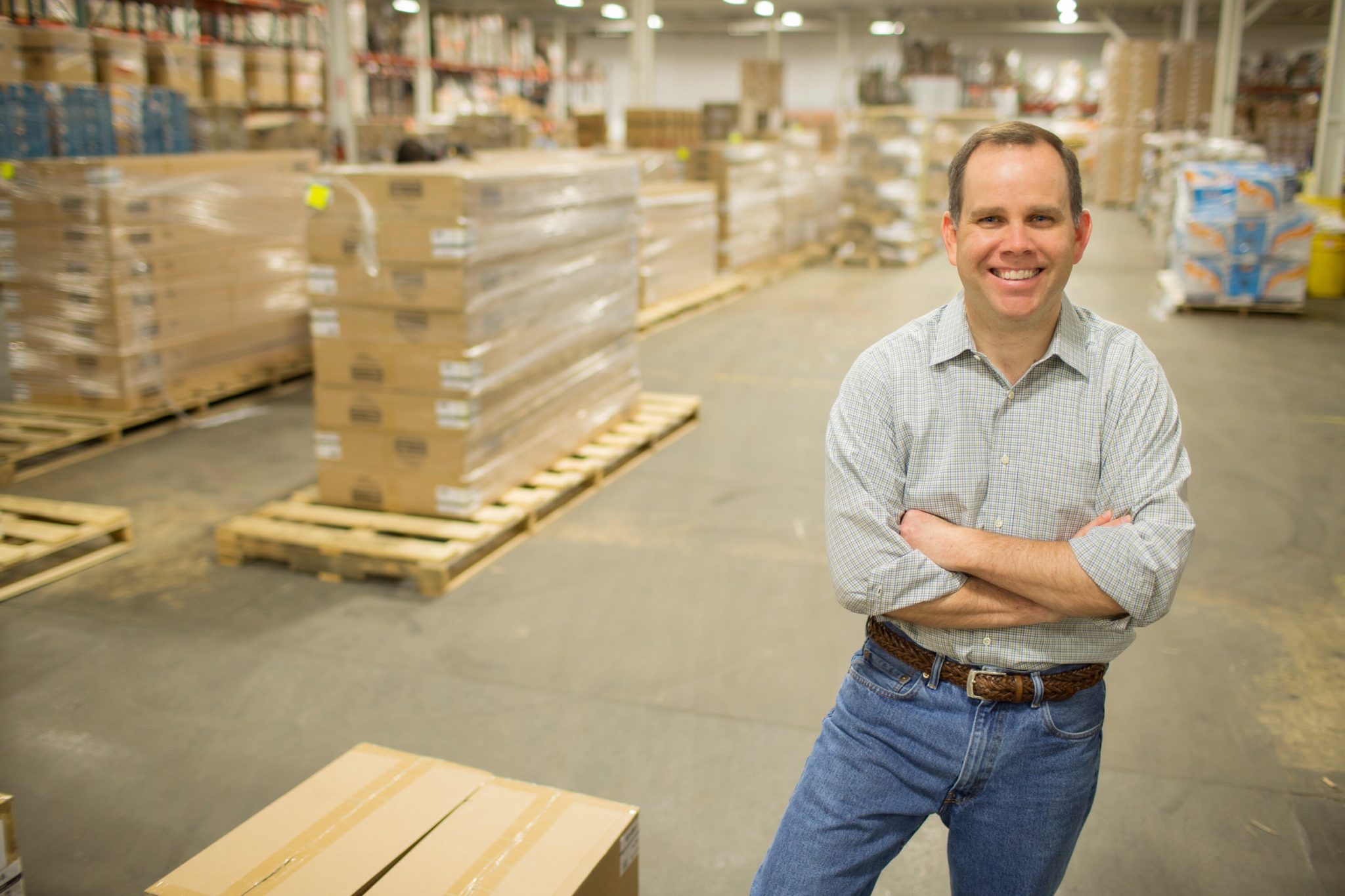