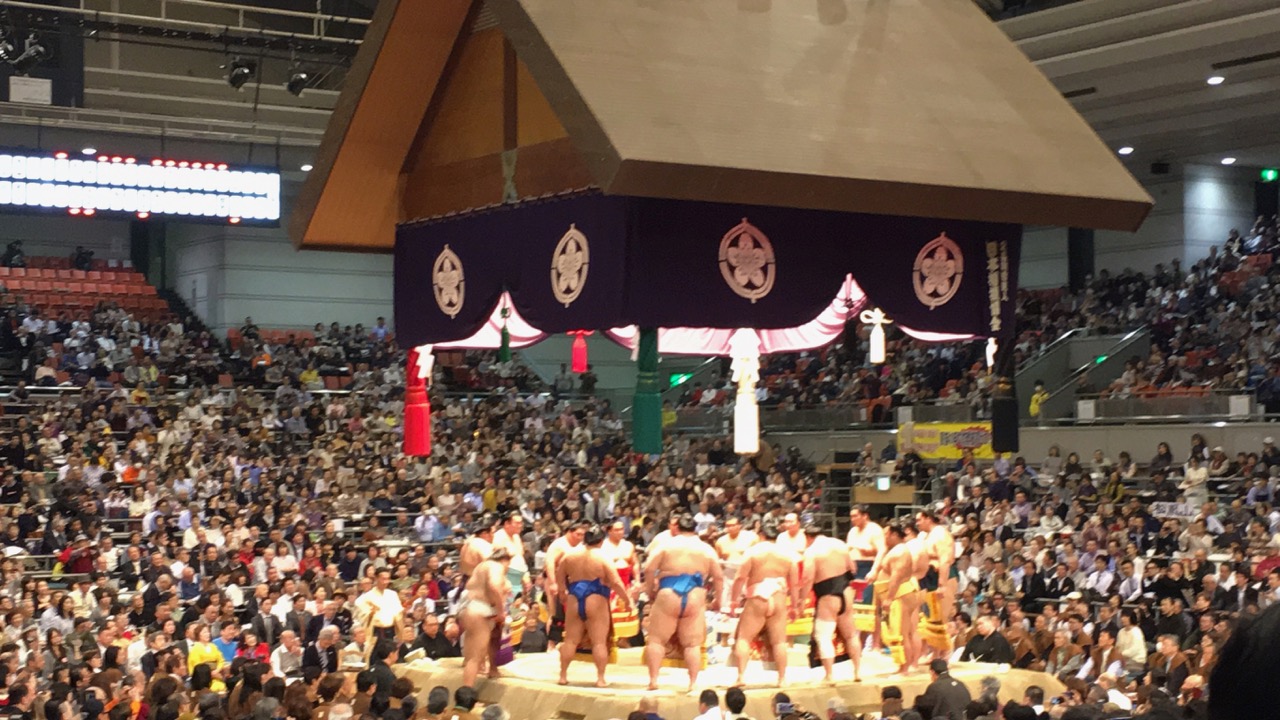 Sumo wrestling is a sport that is unique to Japan. It began centuries ago and it has deep cultural roots. There are only a handful of tournaments each year. Although the tournaments last up to 20 days, they are held in relatively small venues, which means tickets can be hard to come by.

We were fortunate enough to be in Japan during the Osaka tournament (a short ride from Kyoto via a bullet train) and we literally purchased the last seats available for Day 13.

In preparation for attending, we watched a National Geographic documentary on Sumo wrestling. It was key to understanding and enjoying the ritual, ceremony and rules of the sport.

We arrived at the Edion Arena around 2:30pm. The day’s competition started at 8:15am, but the first part of the day is matches from the lower divisions. The top division, called Makuuchi, includes the top 42 wrestlers. Those matches started later in the day.

When we arrived at the arena, we found the walkway to the front entrance flanked by crowds of fans, all looking on with their camera phones at the ready. We weren’t sure if we were supposed to walk up the aisle. I showed a security guard our tickets, which were just average tickets, and he motioned for us to go.

Unlike most pro sports arenas in the US, the sumo wrestlers use the same entrance as the fans. And the fans were out in large numbers to see their favorite wrestlers as they arrived.

Once we got inside, we split into two groups. Four had a traditional four-square box on the 1st level and two had regular seats on the 2nd level. The four-square box was literally that – a square with four cushions for sitting on the floor. Because the venue was small, the view was great from both locations.

Tiffany ended up with the boys in the four-square box. Some Japanese ladies in the box behind them took great pleasure in introducing the kids to a variety of Japanese candy, which the children gladly accepted.

Ella and Naavah split time between the four-square box and sitting beside me on the 2nd level, which made it easy to hit the concessions stand.

Time flew by and the kids (with the exception of a 60-minute powernap Parker took) stayed engaged and watched the matches. Shortly before 6pm, the final contenders of the day entered the ring, called a dohyō. The like majority of matches that day, the bout was short but exciting. 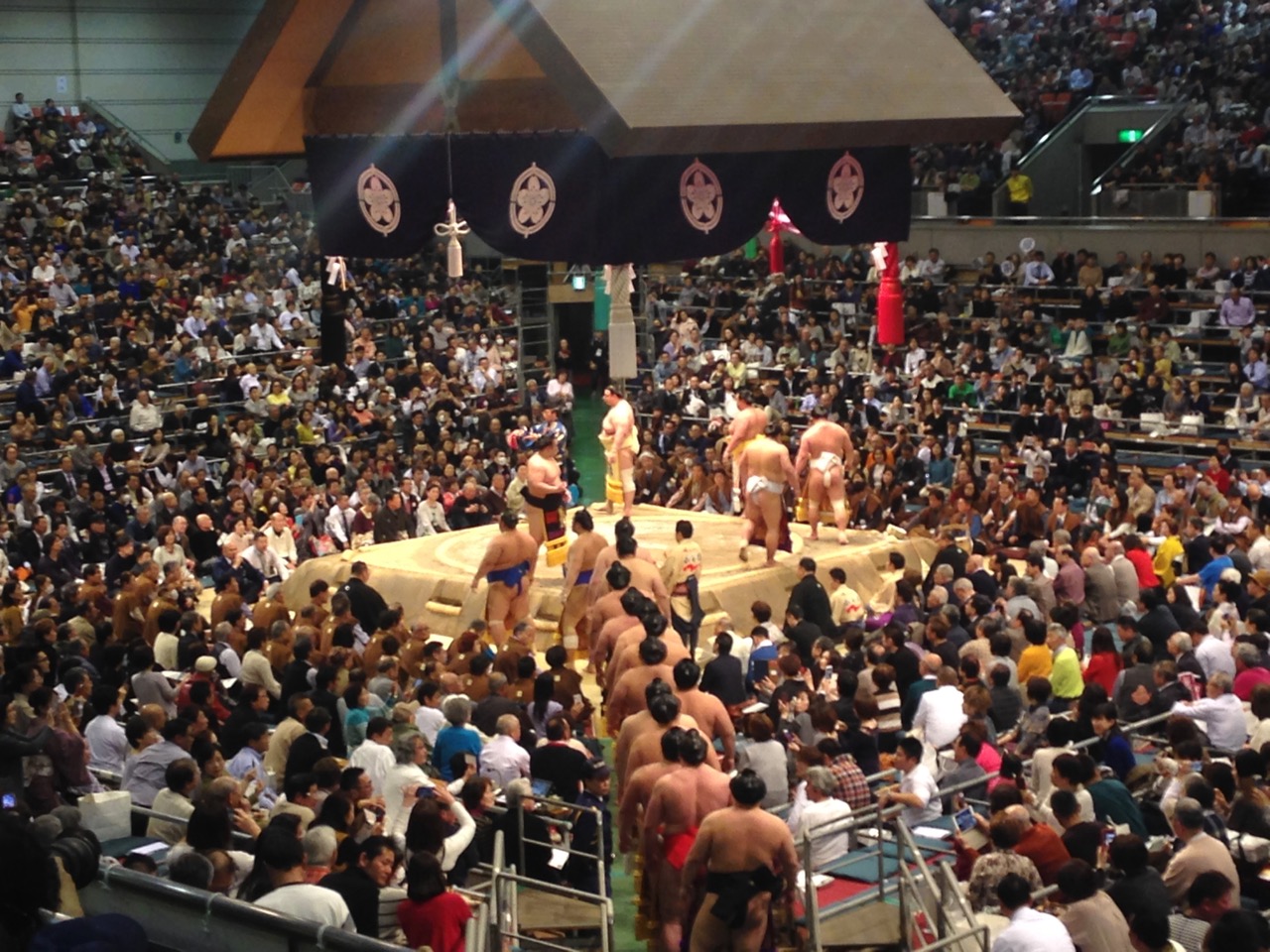 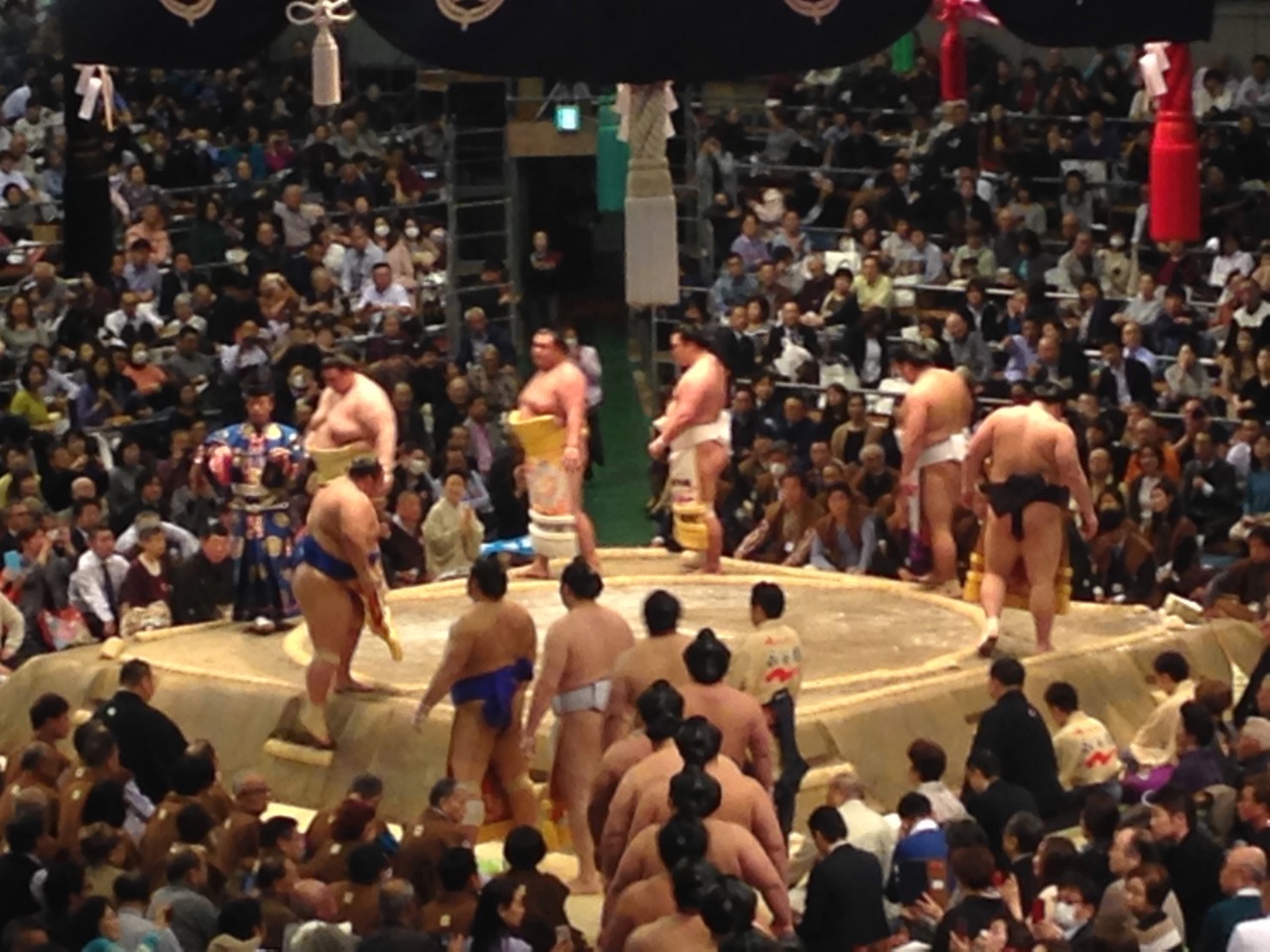 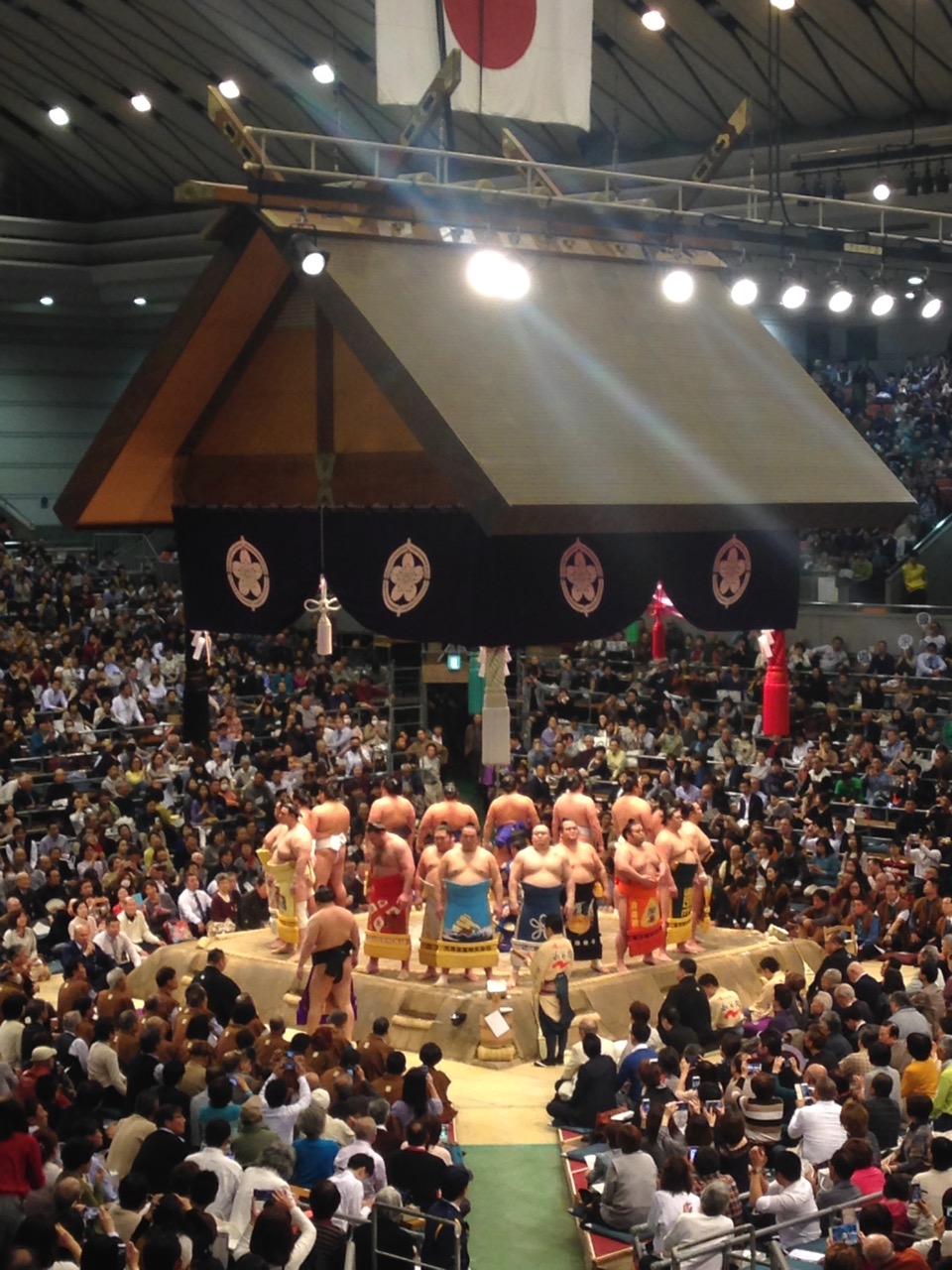 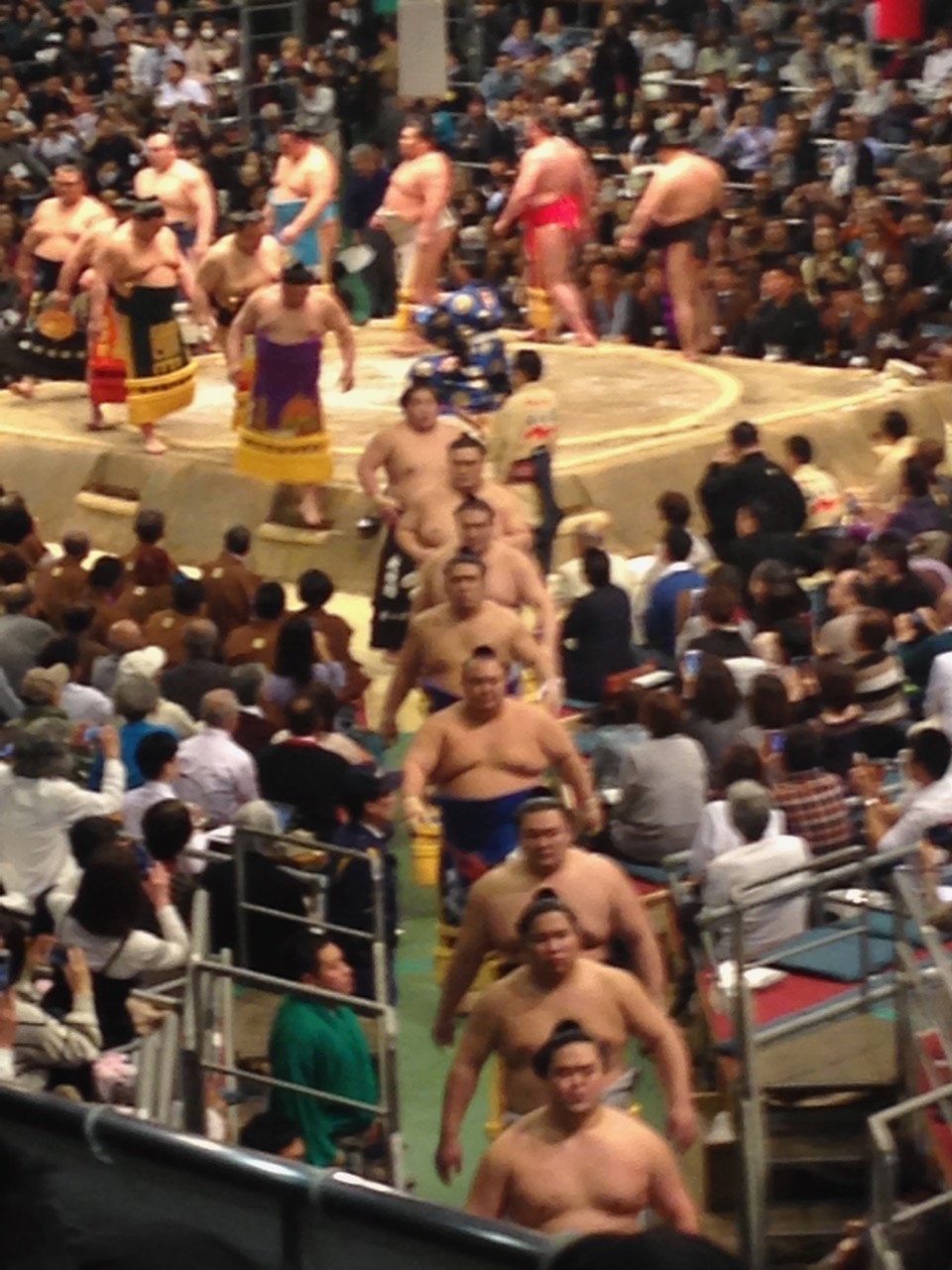 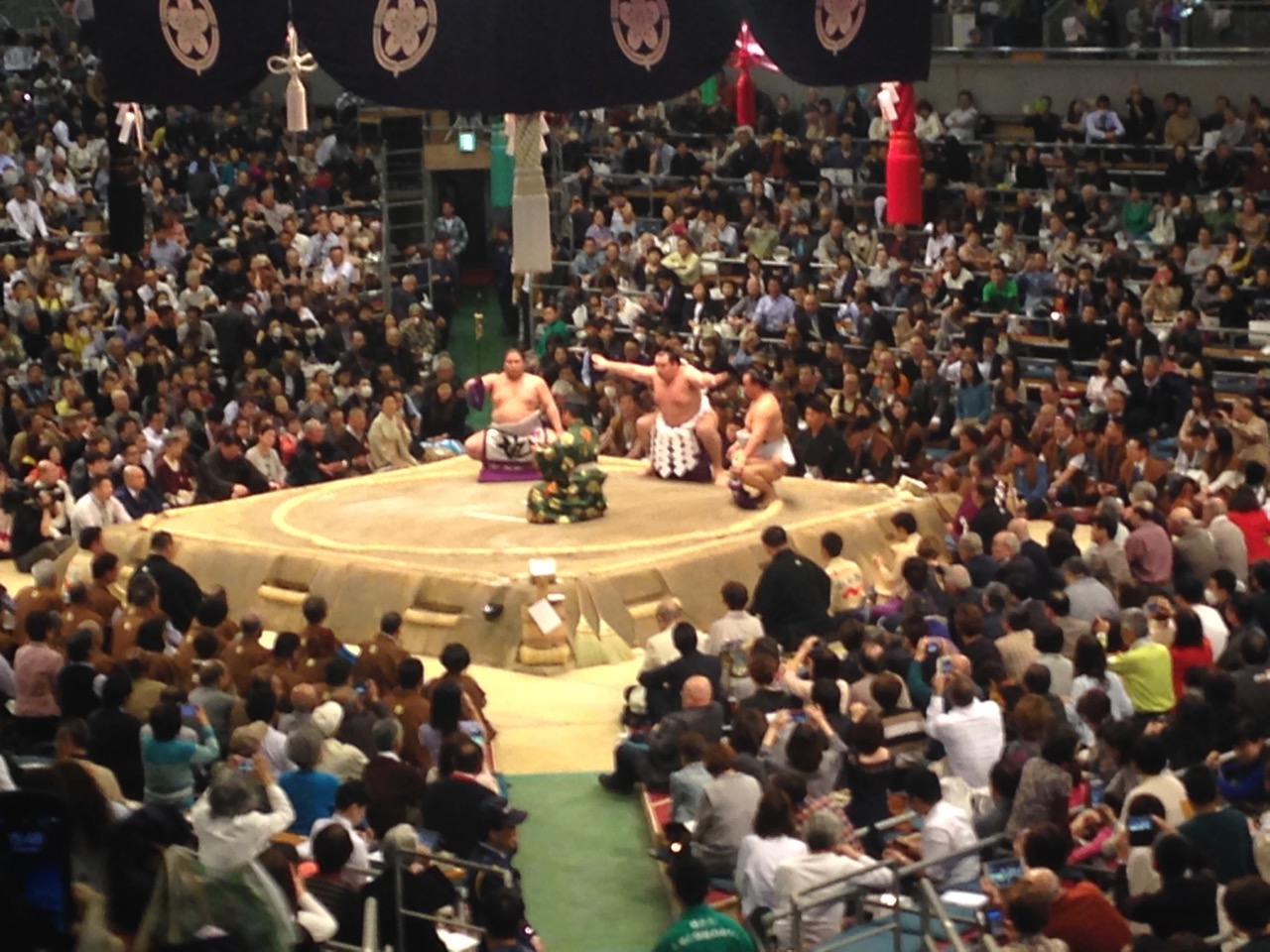 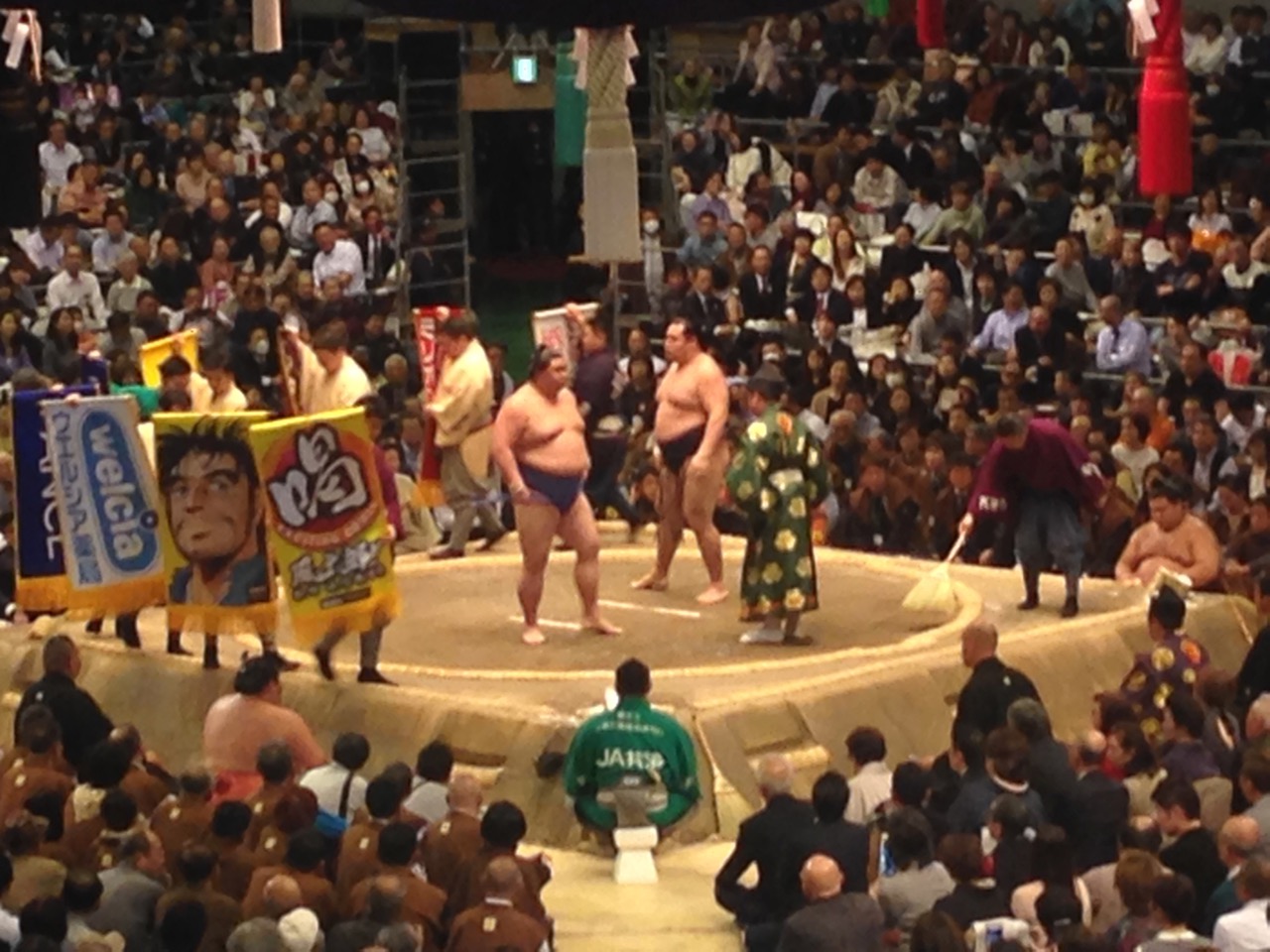 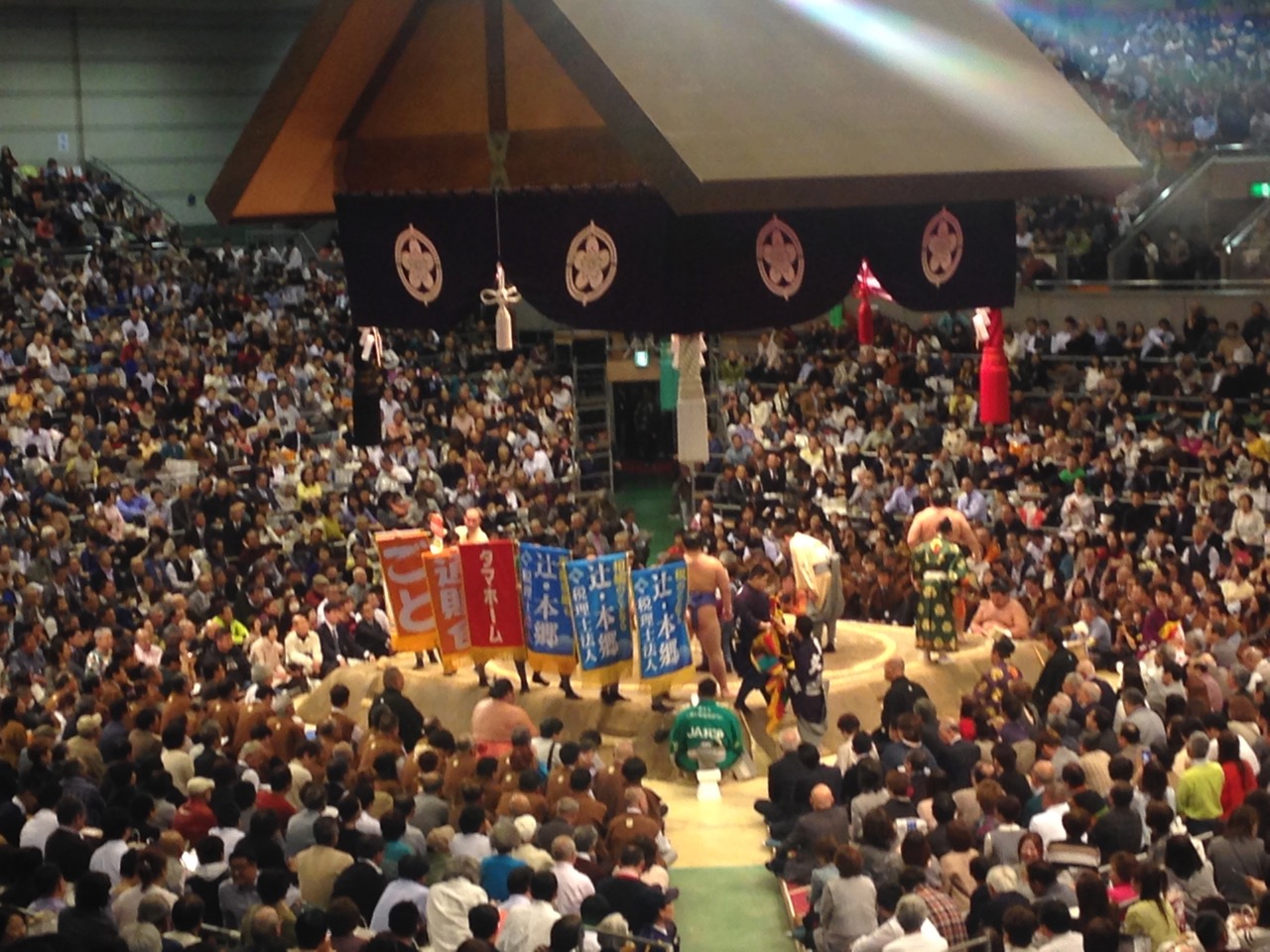 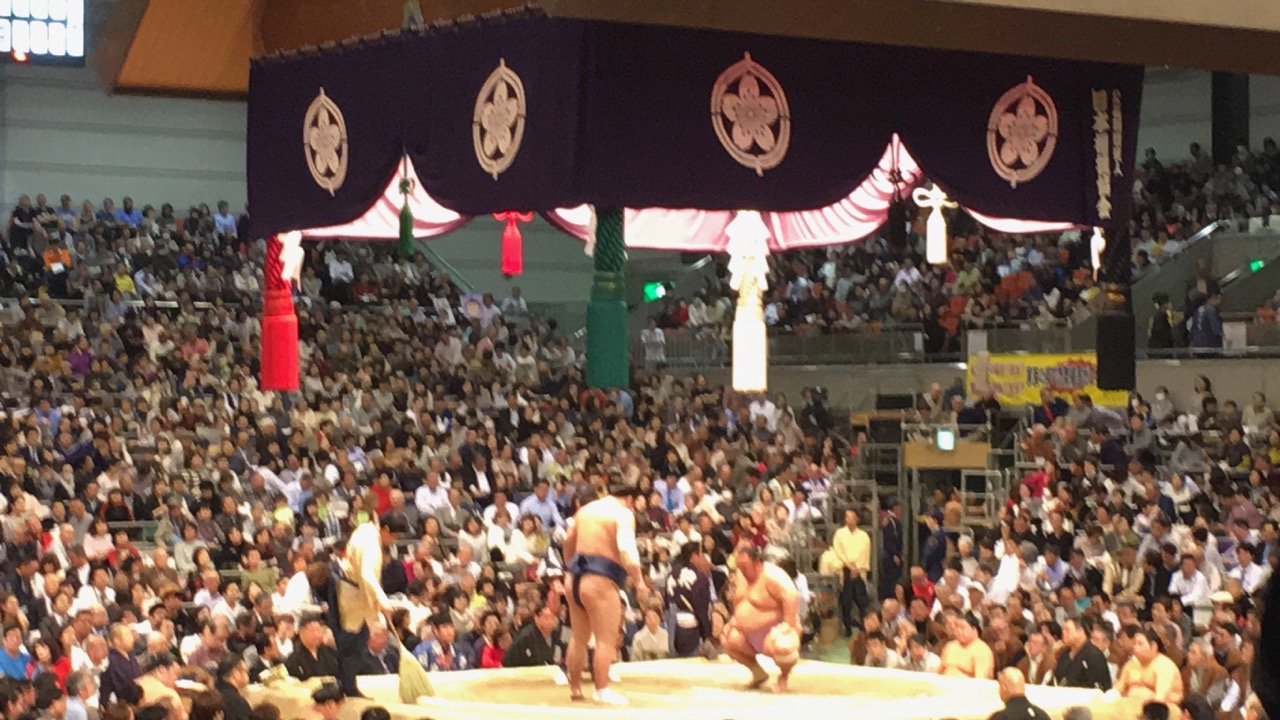 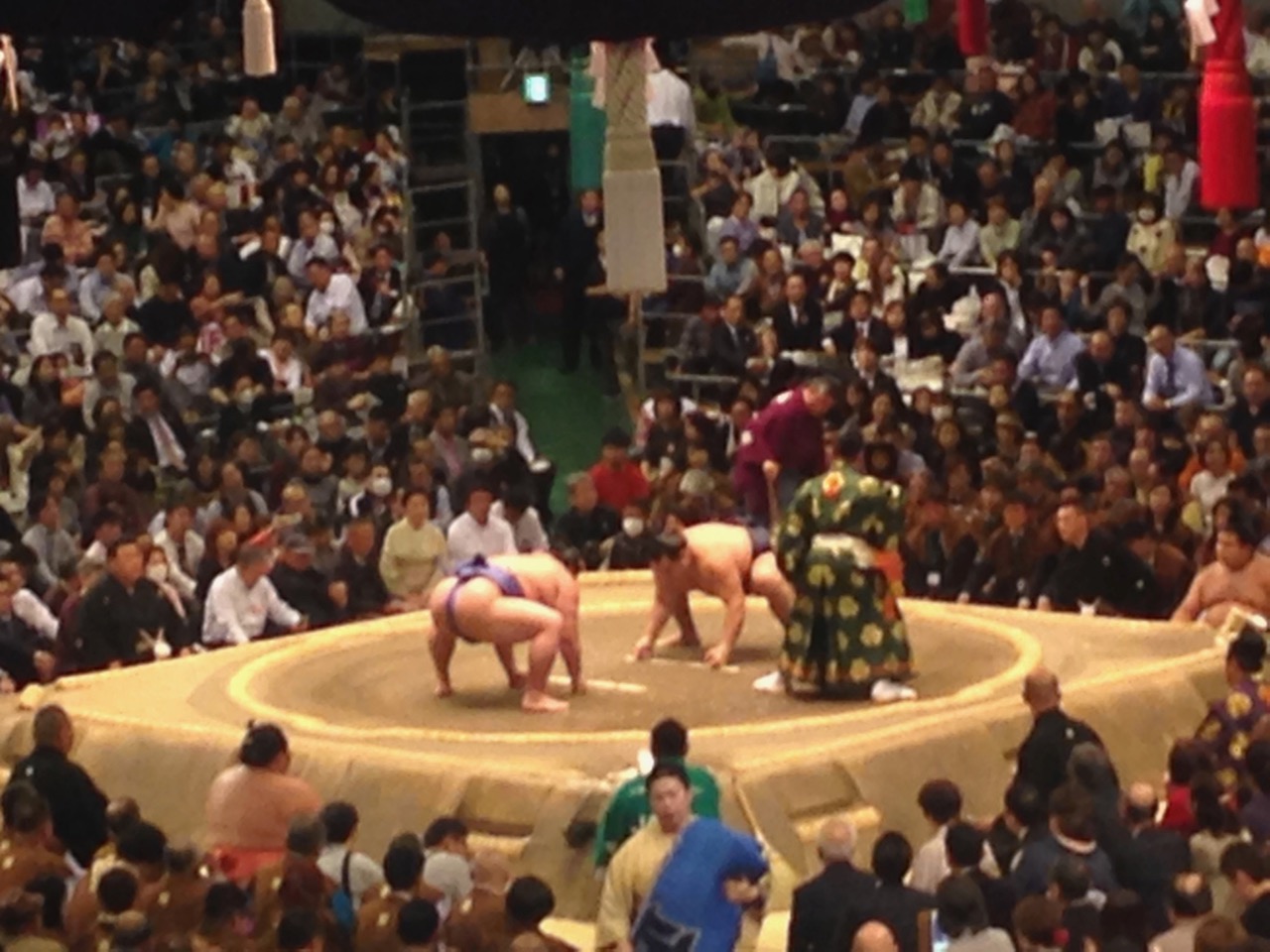 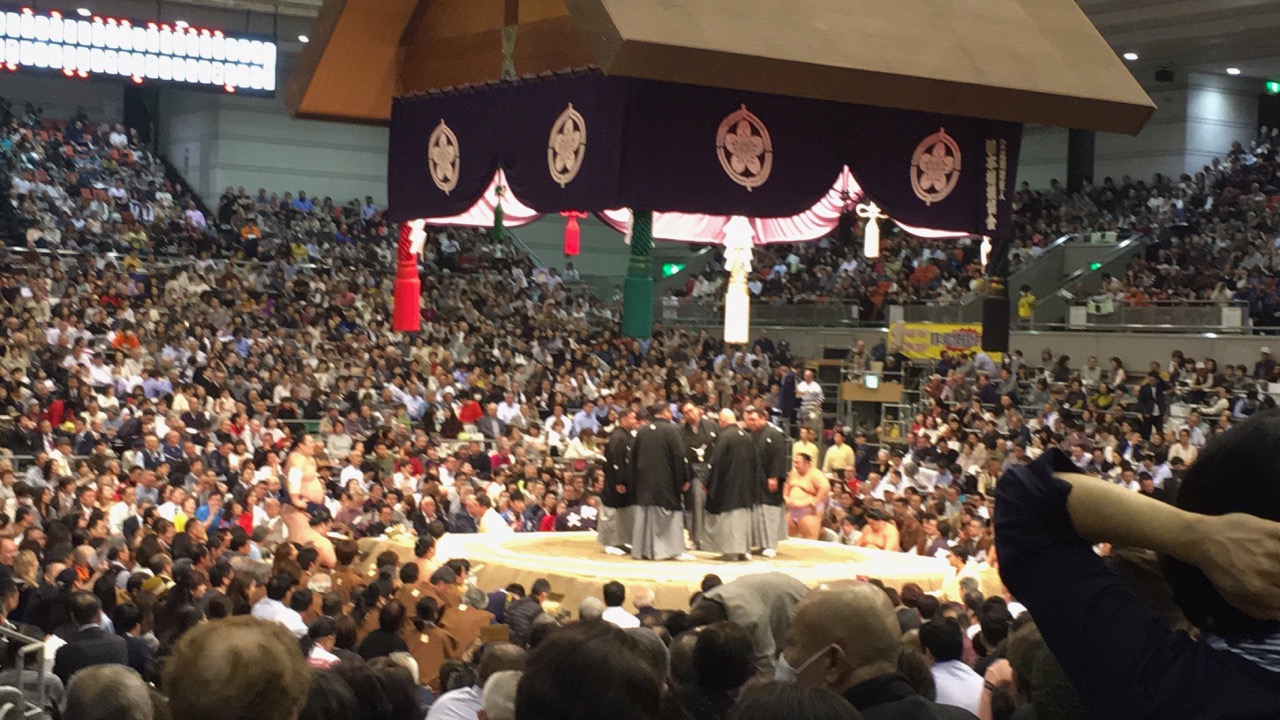 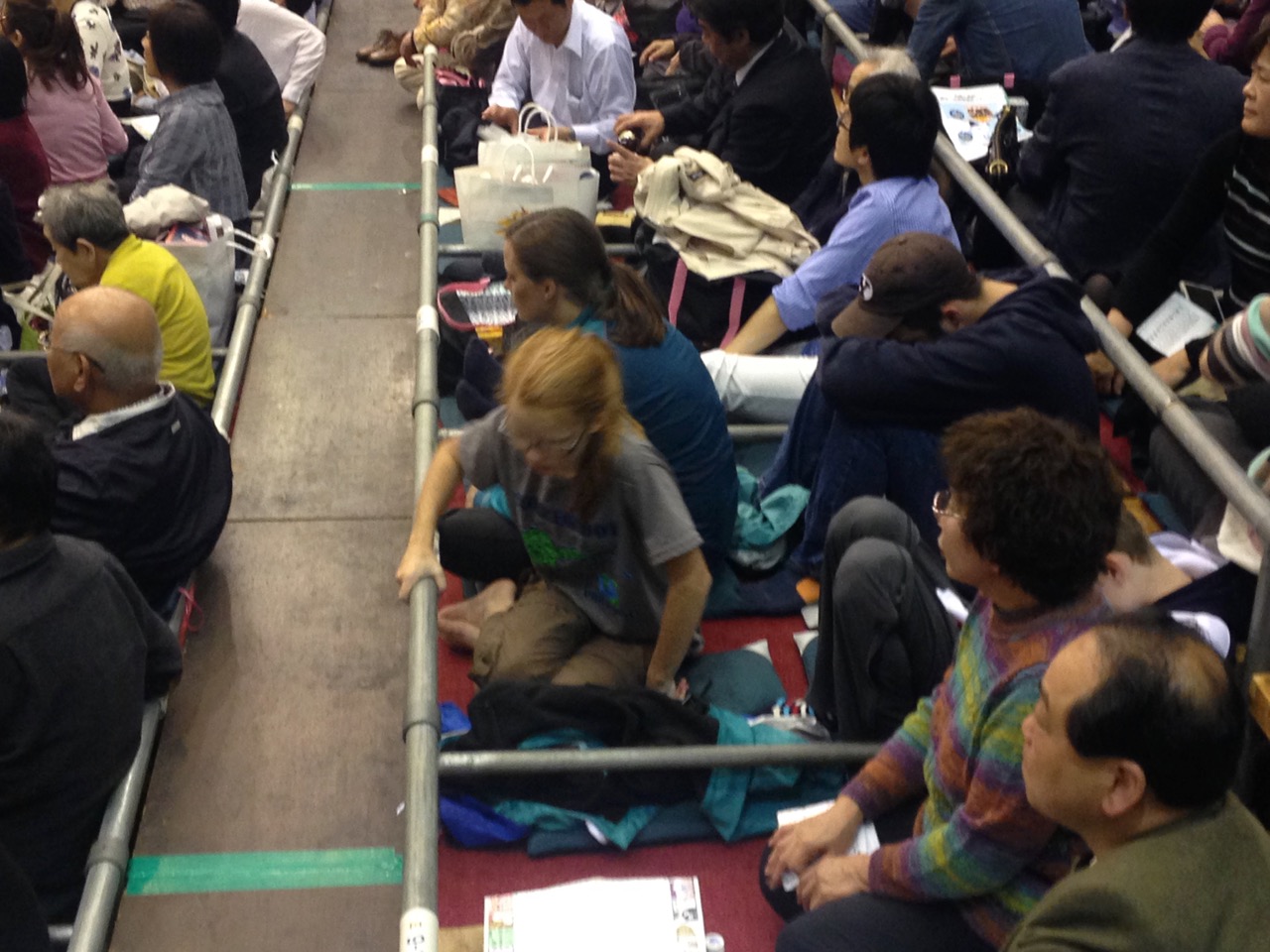 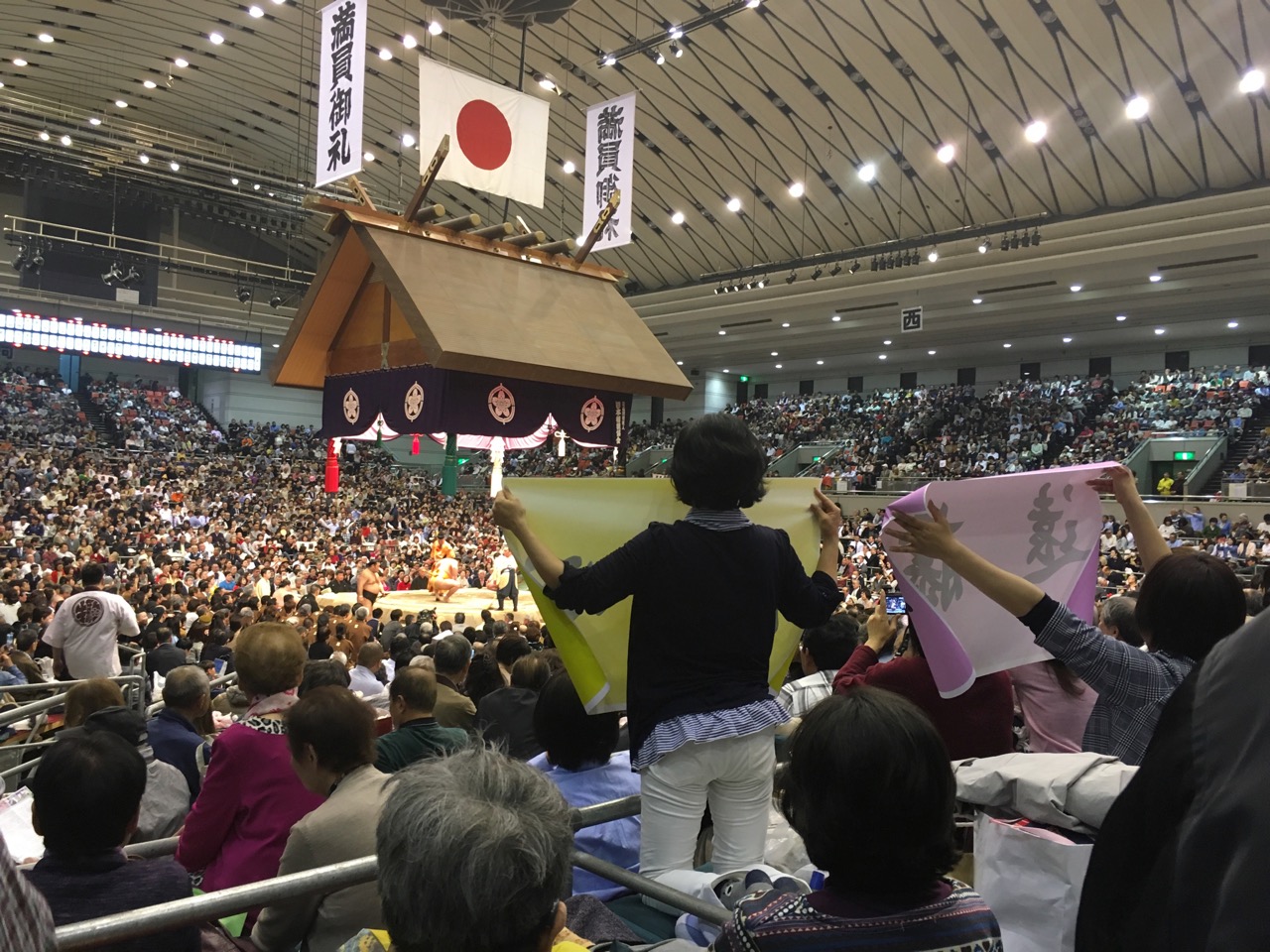 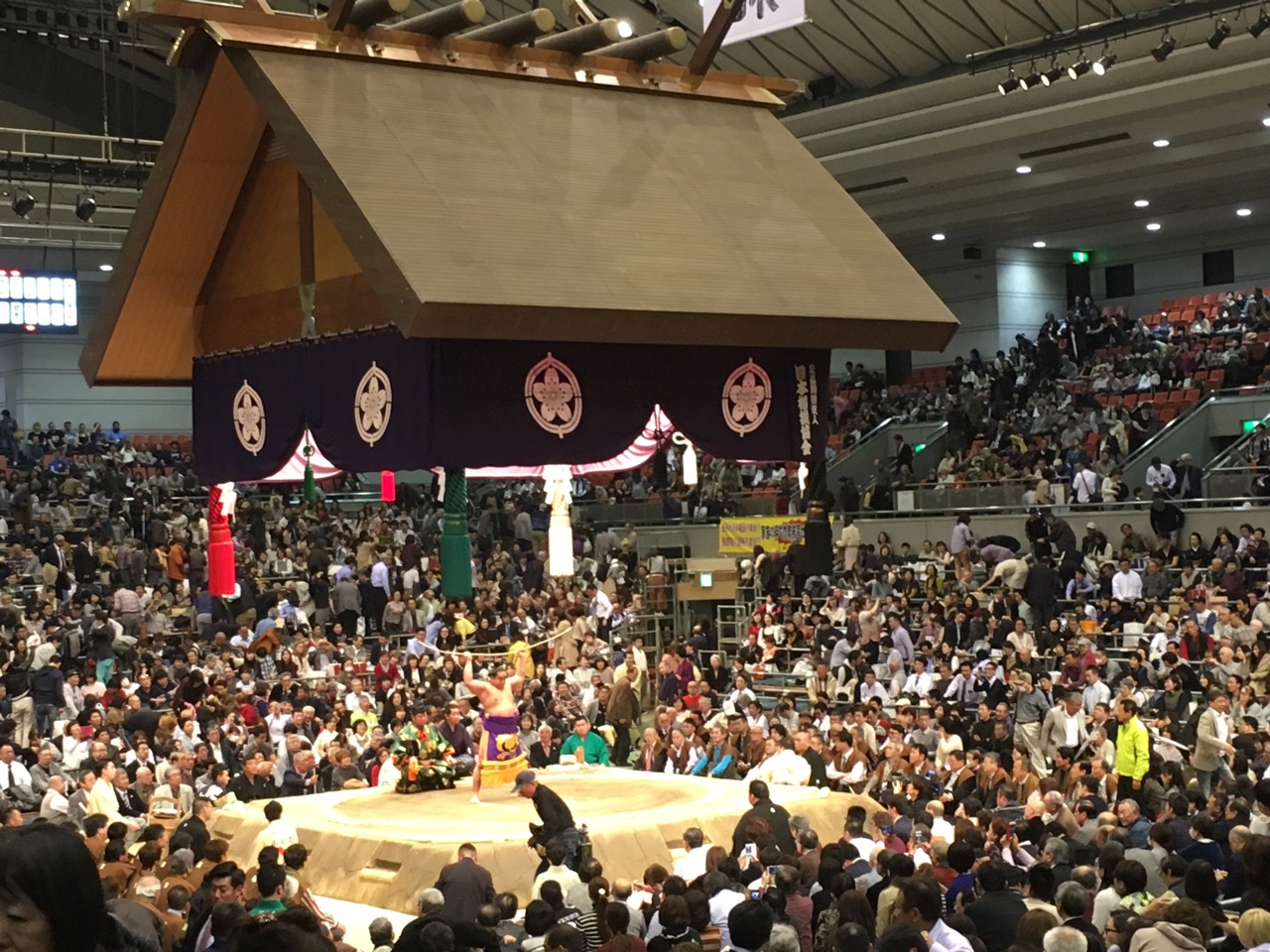 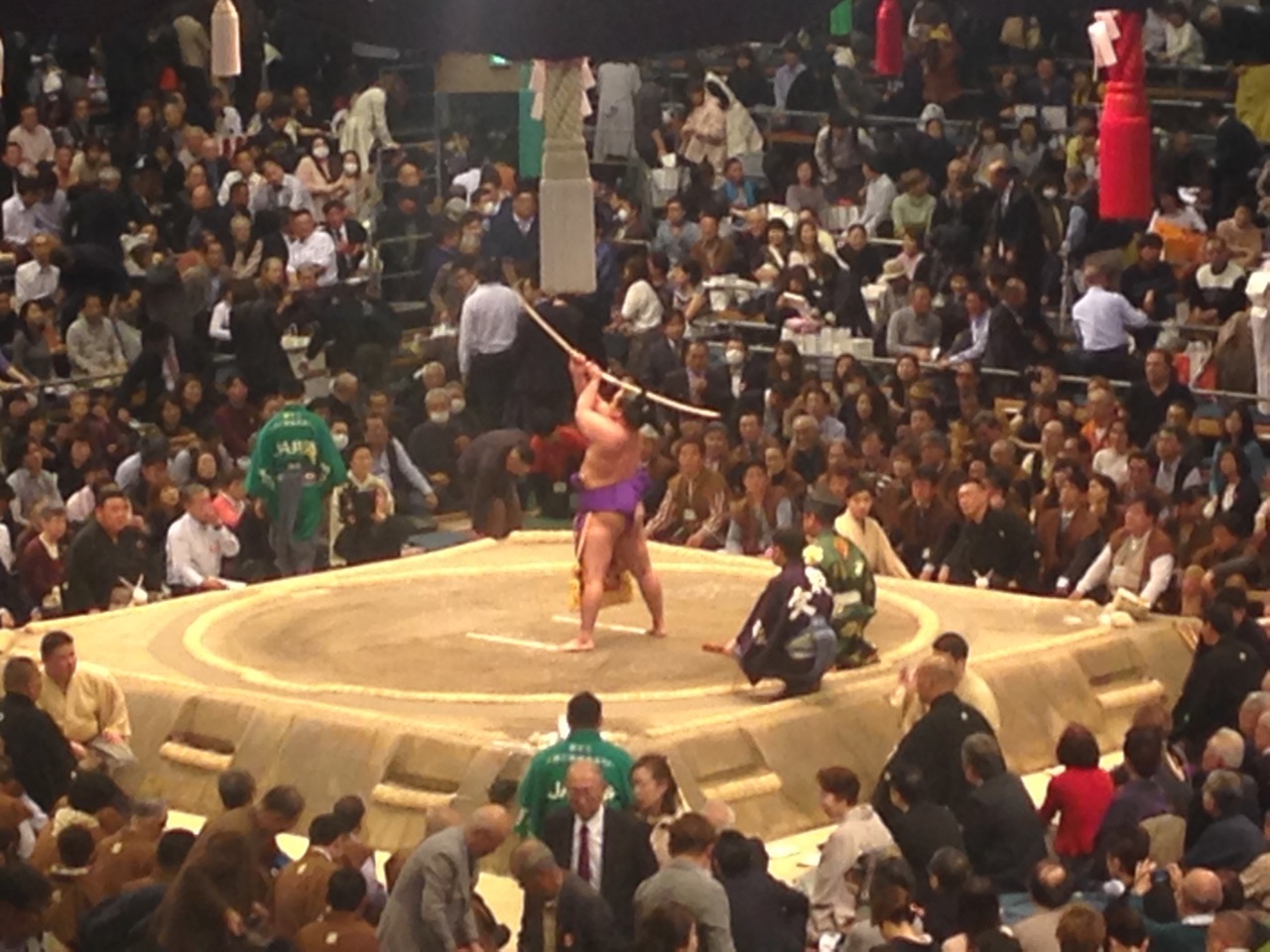 2 thoughts on “The Sumo Tournament”