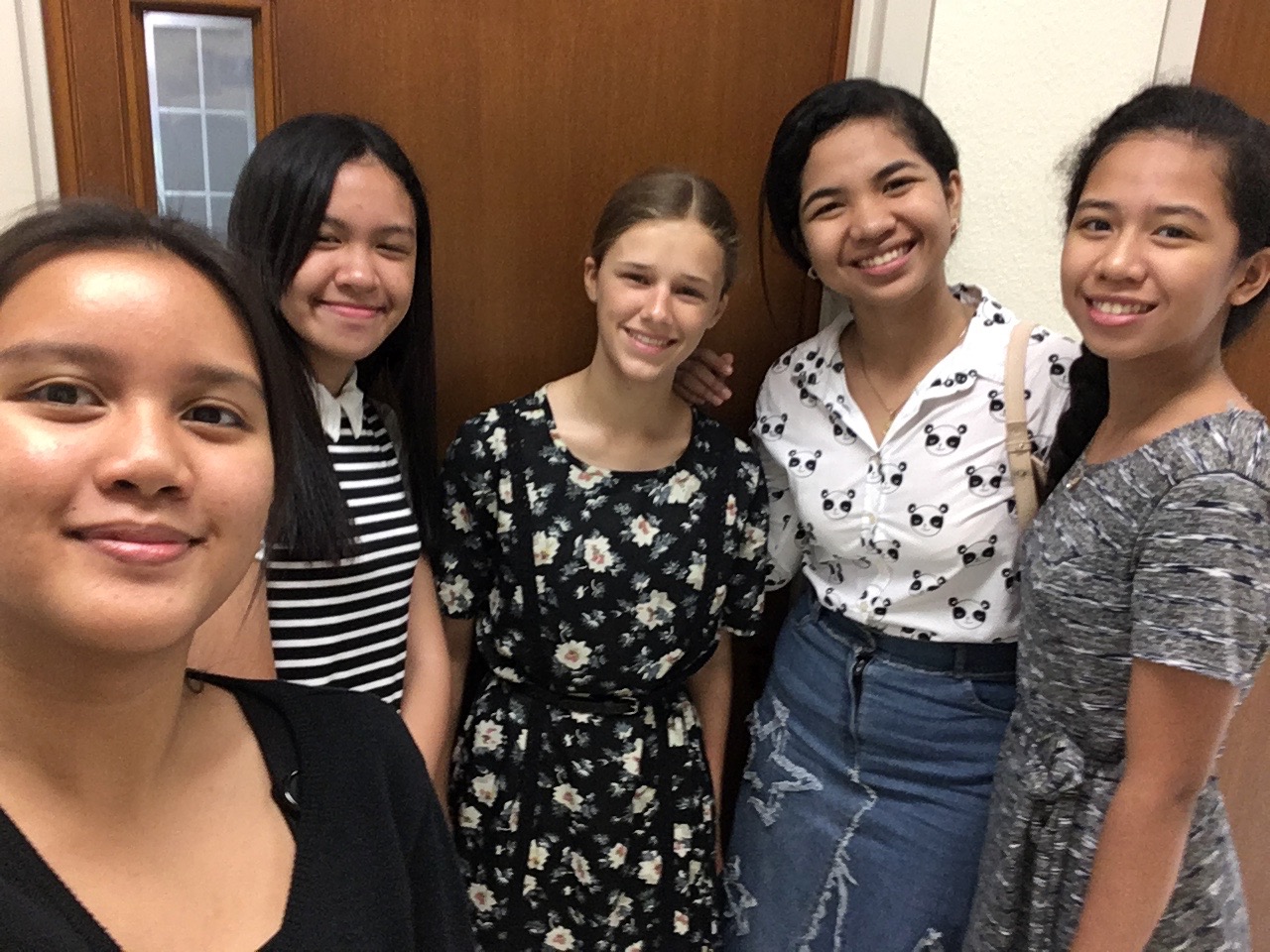 (Photo: Naavah with her new friends at the branch in Nasugbu, Batangas, Philippines.)

We spent a couple weeks in the Philippines. I lived there for about 16 months back in the 1990s, so I knew what to expect. The kids had a little adjustment period. Our first stop was Cebu in the Southern part of the Philippines. Cebu is a large city full of people and traffic. It was the childrens’ first experience where English was not the national language, bottled water was the drink of choice, and there was true poverty. The food was also an adjustment. Parker decided the bread in the Philippines was a bit sweet for his taste.

While the culture was an adjustment they soon found the people to be some of the happiest and kindest people you will ever meet. Despite their struggles, Filipinos always seem to smile. I read somewhere that Filipinos do everything with a smile, including having a disagreement. They are a resilient and happy people.

After Cebu, we traveled to an area south of Manila. We attended a Tagalog-speaking branch (church congregation) on Sunday. I believe it was one of our favorite Sundays to date. The church members there warmly greeted us and spoke enough English that we could follow what was being taught. The kids made new friends. Naavah went back later in the week to attend seminary (scripture study) with the youth. She learned quickly how giving they are. One girl took a ring off her finger to give her as a remembrance.

By the end we had grown accustomed to the culture and the people and were sad to say good bye.

One thought on “Acclimating to the Philippines”