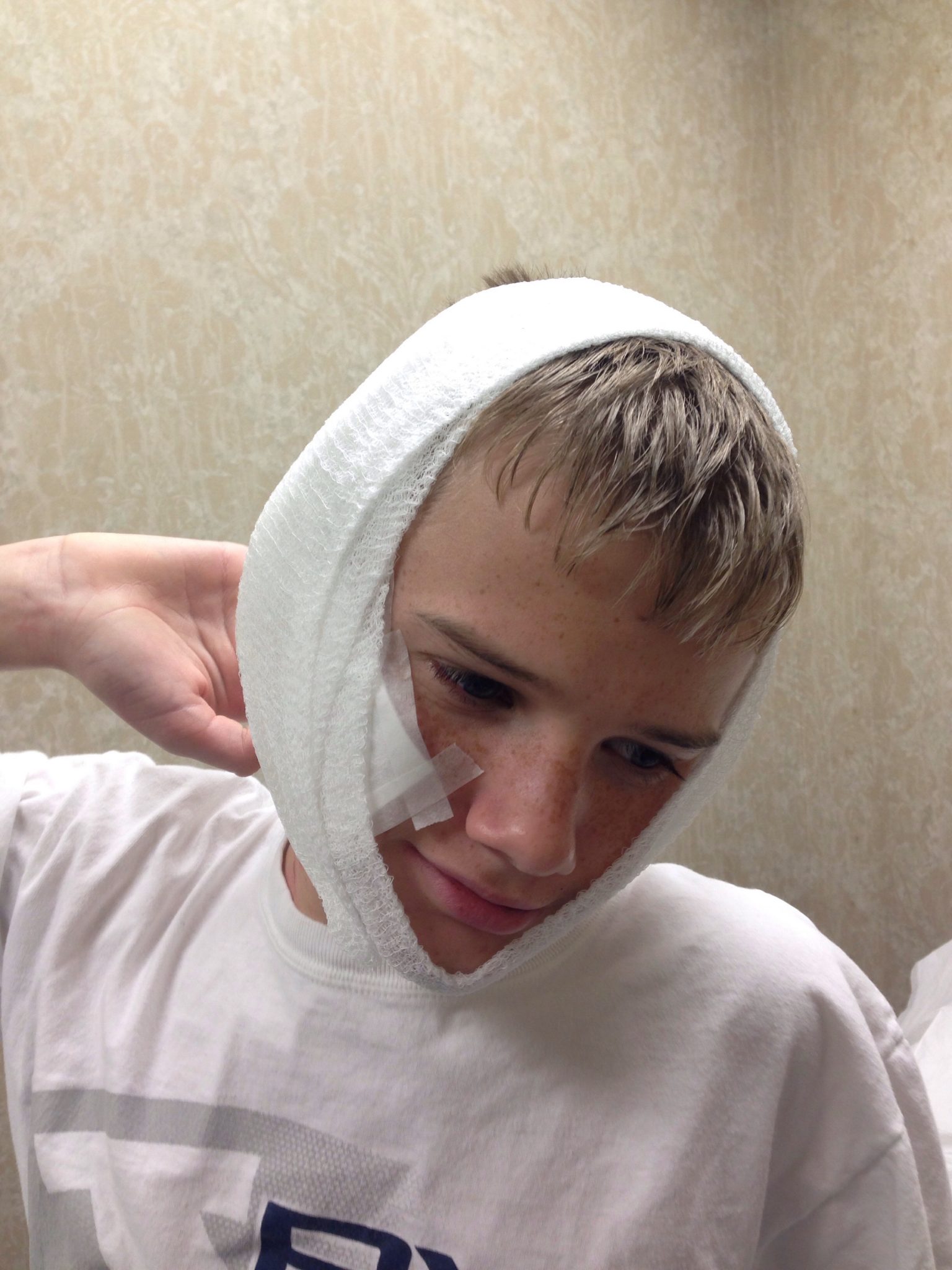 Occassionally when we are preparing to embark on a significant trip, we encounter a mishap. This seems to particularly apply to Parker. Prior to our trip to Costa Rica in 2014, where we were going to be swimming, surfing, and rafting, Parker broke his arm. Fortunately for Parker, we found a waterproof cast cover that allowed him to still enjoy the trip albeit with some limitations.

On New Year’s Day 2018, with less than 72 hours until departure for New Zealand and our 4 1/2 month trip around the world, Parker fell victim to a short fuse.  Fortunately for Parker, his injuries are relatively minor compared to what they could have been.

First, he was wearing safety googles. I genuinely believe he isn’t blind because of that choice. Because it was freezing outside, he had on gloves to protect his hands. His multiple layers of clothing also shielded him from potentially worse burns.

Those clothes, however, worked against him in that the firework got tangled in his hood and subsequently detonated. Fortunately for Parker, he has the ability to quickly (very quickly) get out of smoldering clothes.

We have a fantastic doctor in Dr. Amanda Pennington, who took our call at 8:30pm at night. We used FaceTime to immediately give her access to Parker so she could examine the wounds. After counseling with her, we made the decision to treat him at home and take him to her first thing the next morning.

Parker suffered burns on his arm, neck, ear, and face. But none were severe enough to warrant a visit to a burn center. We are grateful that Parker still has his vision and didn’t incur any long-term injuries.

One thought on “Family jinx?”