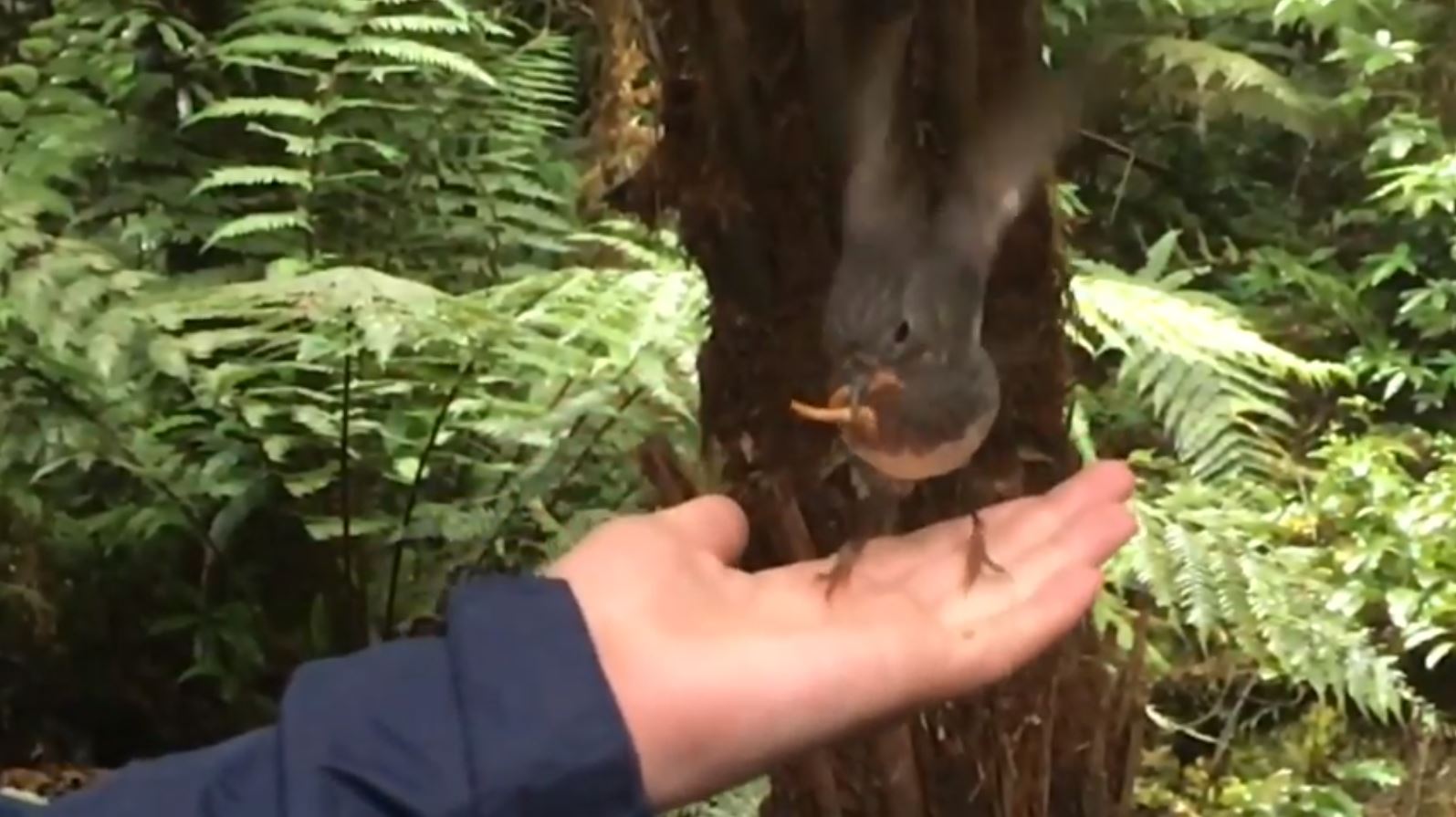 Note: These birds are fast. We had to film in slow motion so you can see them taking the food from our hands.

If you love birds or are interested in the impact of non-native animals on an ecosystem, then New Zealand should be on your bucket list. New Zeland was a bird’s paradise … until non-native predators were introduced.

Three particular ones have done a massive amount of damage: 1) Rats that arrived with the Europeans; 2) Australian possums introduced for the fur-trade, and 3) Stouts introduced to counteract another non-native species.

According to Spencer and Julian, our very knowledgeable conservation / zipline guides at Rotorua Canopy Tours, these three have a massive, negative impact on the bird population. More than one source confirmed that possums will eat bird eggs. And the stouts will kick birds for sport. And in a country where a large number of birds are flightless (e.g. kiwi birds), that is a problem.

Certainly loss of habitat and other human factors (i.e. over hunting) have impacted the bird population. Forty percent of New Zealand’s bird species have been pushed into extinction.

In the area where we did our ziplining and canopy tour, there is a concerted effort to control the population of all three of these predators. A New Zealand company has developed a very humane and effective way of dispatching these varmints. Those tools are being used in that forest and as a result, the bird population is rebounding.

In America, we don’t think twice about seeing a robin. But to Shane and Julian, seeing an increased number of New Zealand robins is a big deal. It is a promising sign that their efforts are having a positive impact.

3 thoughts on “For Lovers of Birds and Science”